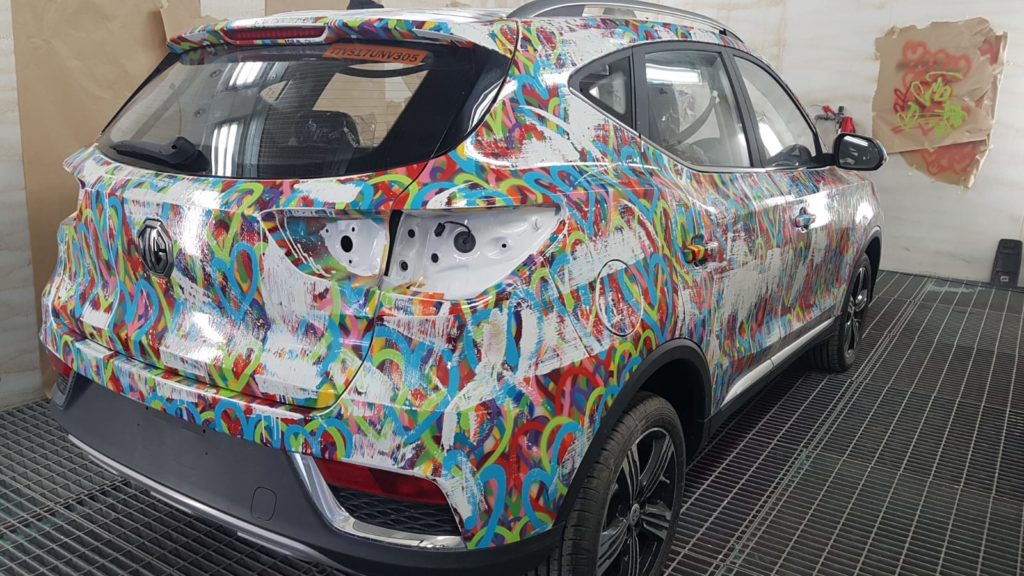 Bitten By The Wolf episode 1, was a pilot for the first in the series following the Automotive Artisan Marky Wolf. This was shot in 2019 just before Covid19 touched down and changed the plans of most of the Earth.

Mark Wolf, having over 25 years of experience in the motor industry, became much more than a mechanic or a technician. Wolf became more of a sculptor, a creator, an artist. When a vehicle gets “Bitten by The Wolf” it becomes a bespoke work of art. In this series, we follow the exploits of Wolf the Boss as he sinks his teeth into a range of vehicles.

Episode 1 is all about The Art Car. MG (now a Chinese Automotive manufacturer) had hosted a competition where the winner would have the opportunity to design the artwork on a promotional vehicle. This competition was won by David Shmidt, a UK graphic and graffiti artist. Although he had experience with spray paints, the Art car would require a factory finish, and this is where Wolf would come in and save the day. Allowing David to use the South East Customz facilities, Wolf agreed to oversee David’s project from start to finish, then called in Pure Genius Media to document the project. But of course, not everything would go smoothly during this project…

Episode 1 takes you behind the scenes and tells the story of the art car build from start to finish.

About the Author: Pablo Genius