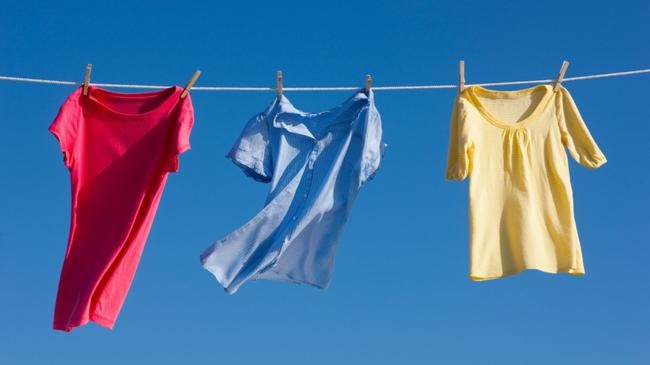 A word of warning! Many of the clothes that we wear today are contaminated with deadly toxins…such as Nylon, wool, polyester and spandex (sports clothes thermal underwear and bathing suit) to name a few.

Much of the clothing that is manufactured is typically grown with synthetic chemicals, unless it is organic, and many of these chemicals are toxic to the human body. Also, most of the cleaning agents used to wash or dry clean clothes contain deadly chemicals that can harm the human body. It has been estimated that 25% of all the pesticides on the planet is used for the cultivation of cotton…just to manufacture clothing alone they use 8000 different types of chemicals, this is according to the Ecologist magazine.

I will point out that Perfluorinated compounds are classified as cancer-causing agents under U.S Environmental Protection Agency guidelines.

Did you know that the most dangerous cancer-causing chemical is Dry cleaning fluid? The world government will tell you this. There are now many organic dry-cleaning shops in America that use soy instead of this deadly fluid.

All of which will enter our bodies and children’s bodies through the pores in our skin, especially when we sweat.

One in two males and one in three females will develop cancer.

Women now have a one in eight chance of developing breast cancer.

A Harvard study has been proven that the odds of getting breast cancer dramatically increased with bra-wearing over 12 hours per day. Wearing bras restricts the constant circulation of blood flow, breast milk and the release of cells.

There is a 6 times more chance of developing breast cancer wearing a man-made fibre bra. Polyester, nylon bras with an under-wire are dangerous. It’s the under-wire that absorbs into the skin. Look for cotton bras to wear.

A study in France on how bra use or lack of use affects breasts found that women who wore bras were causing their breasts to sag prematurely. Bra use stops the muscle tissue from growing whereas women who did not wear bras developed strong breast tissue. This stronger tissue gave their breasts a natural lift and helped prevent early sagging.

About the Author: Shaun Lawson